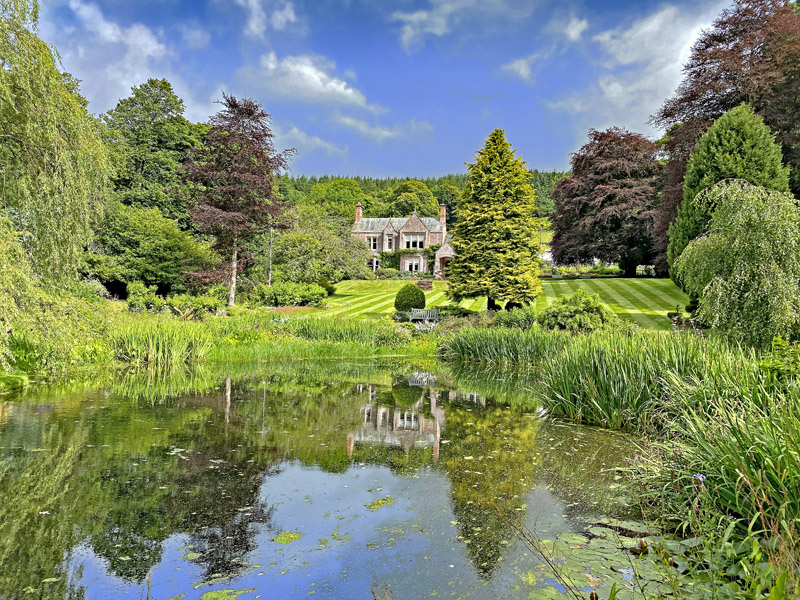 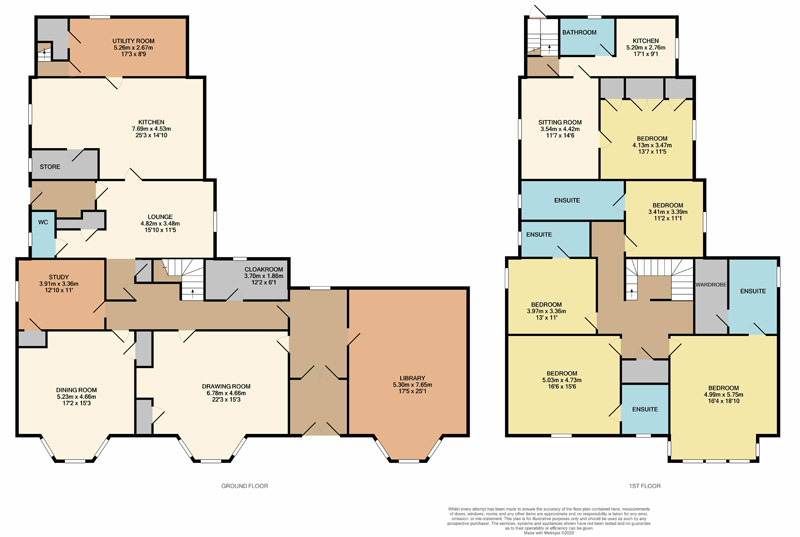 Townhead of Glencairn is situated within the hamlet of Kirkland, just on the outskirts of the pretty village of Moniaive within Dumfries & Galloway. This thoroughly charming Victorian country house dates from the mid-19th century and retains many original features, including intricate covings and ceiling roses. 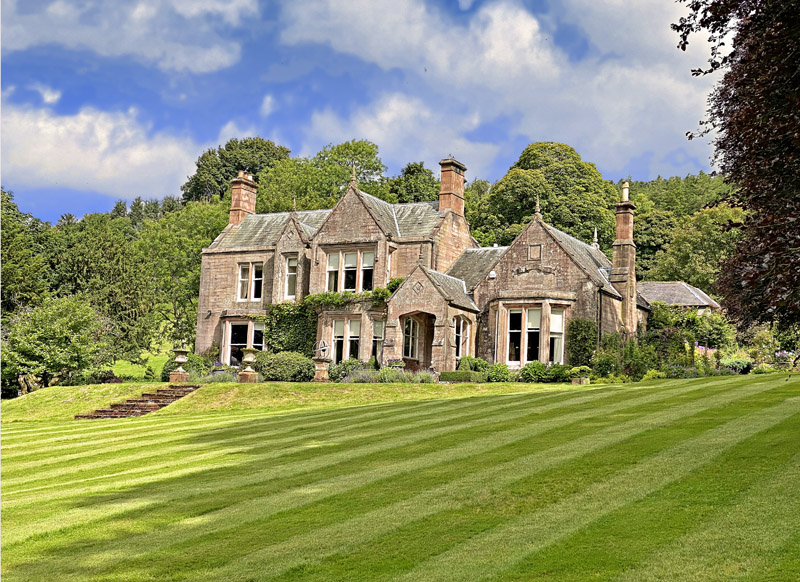 The rear quarters (former maid’s quarters) have been cleverly adapted to incorporate a self-contained apartment with its own dedicated external access. This apartment could lend itself to extended family living or indeed holiday accommodation, such as an Airbnb. 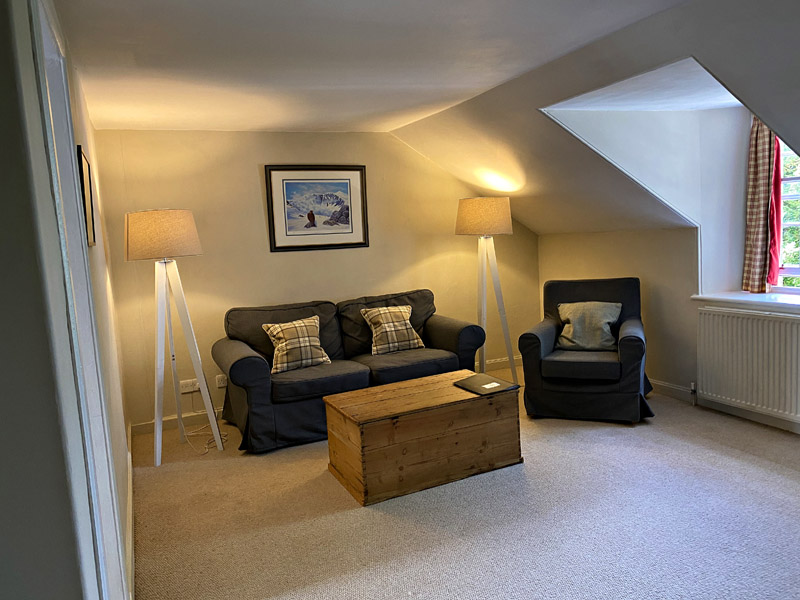 Townhead of Glencairn is approached by a sweeping private driveway and benefits from an outstanding south facing position. The property is surrounded by its own mature beautifully landscaped garden grounds, incorporating a pretty lochan, range of traditional outbuildings including stabling for horses and a recently installed orangery / large greenhouse (manufactured by Hartley Botanic), which combines classic design with modern technology. 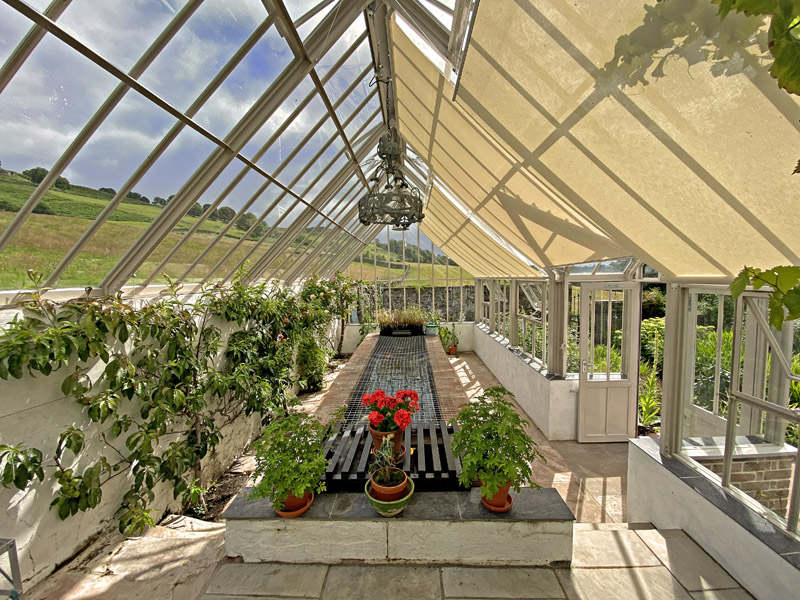 There is also a kitchen garden with many different fruits including pear, plum, blackcurrants and raspberries. Another feature of the property is the 3.5 acres grazing paddock, which could lend itself to equestrian or small-scale agricultural uses. Townhead of Glencairn has huge potential for self-sufficient living and is positioned within the most beautiful setting, offering an idyllic lifestyle.

Moniaive has a rich artistic heritage and a vibrant contemporary creative life with top class artists of many fields committed to this buzzing little community. Moniaive is situated within the Glencairn Parish and boasts two hotels, licensed grocer with post office service, petrol station and a wealth of craft outlets. The village is home to a number of talented artists, musicians, writers and photographers. It is the location for over 30 community groups and numerous regular festivals. The village benefits from a primary school with secondary schooling available at the renowned Wallace Hall Academy at Thornhill.

THE GARDEN GROUNDS
Townhead of Glencairn is surrounded by its own spectacular garden grounds, with sweeping lawns running down from the front of the house drawing the eye to the pretty lochan. There are a variety of flowering plants and mature trees and shrubs, which provide a tapestry of scent and colour throughout the year. To the rear and side of the property exists a vegetable garden and a feature of the property is the spectacular orangery, which at present houses a variety of fruit trees and vines. Situated in the centre of the orangery is a large rectangular fish tank, which currently houses the owner’s carp. 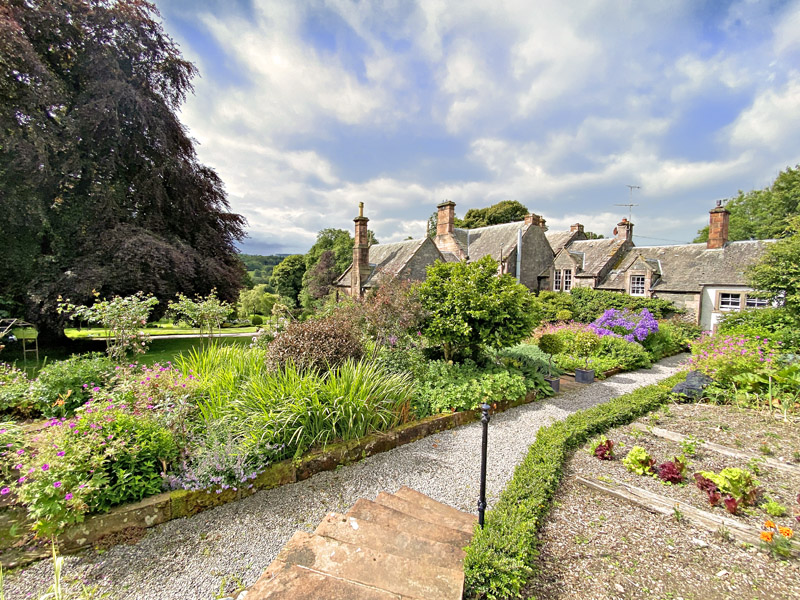 THE OUTBUILDINGS & STABLES
The outbuildings are of whinstone construction under slated roofs and are formed in two blocks. The outbuildings comprise of:
It is our opinion that given the type of vernacular buildings, listed above, there may be an opportunity to further develop Townhead of Glencairn. Any potential purchasers who wish to explore this opportunity should make their own enquiries with the regional council. 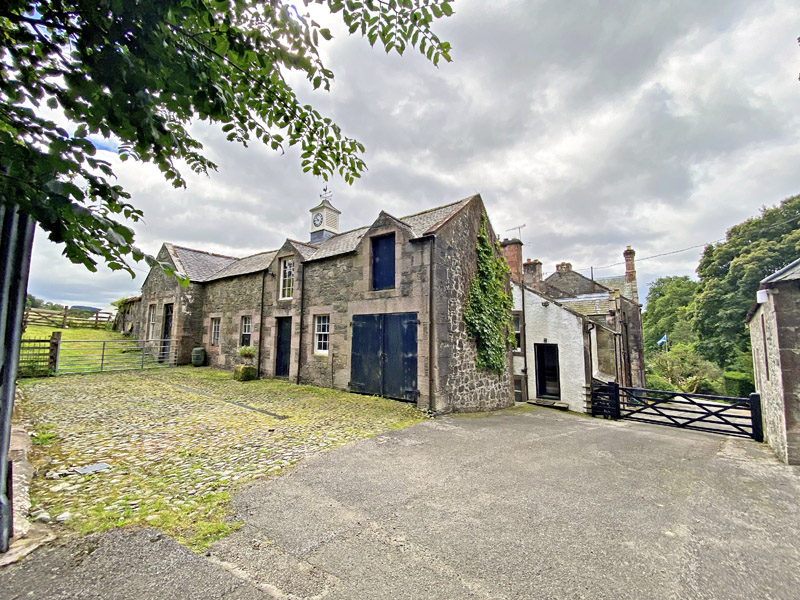 GRAZING PADDOCK
The grazing paddock amounts to about 3.5 acres and can be directly accessed from the stable block. The land is down to grass for grazing and is suitable for any type of equestrian or agricultural usage. It is noted that a secondary access is available through a neighbouring property for the application of fertiliser twice a year. 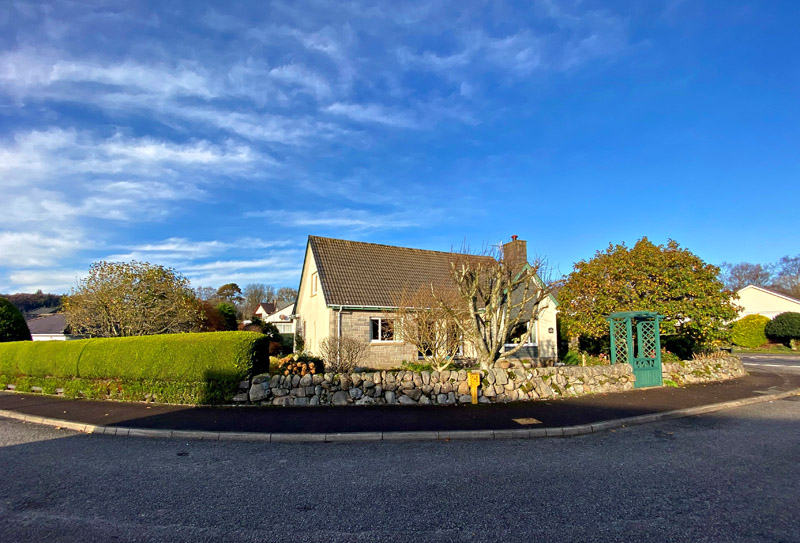 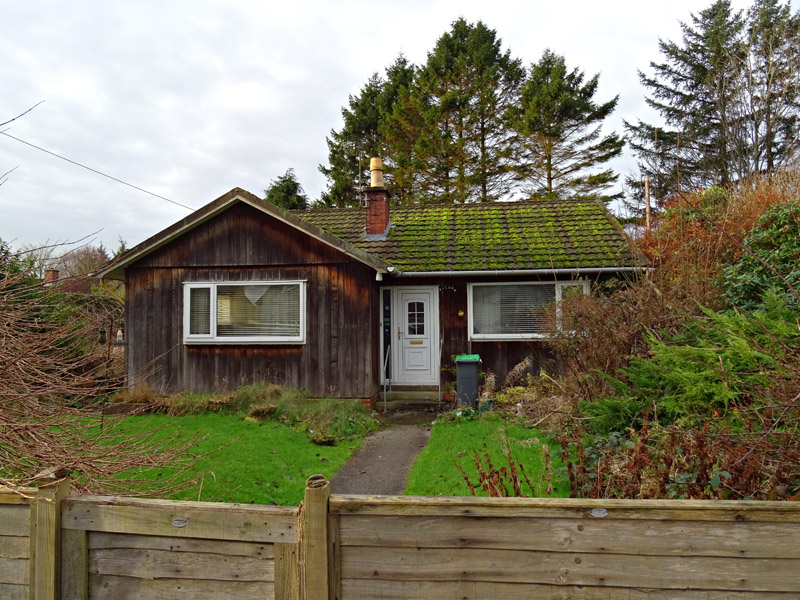 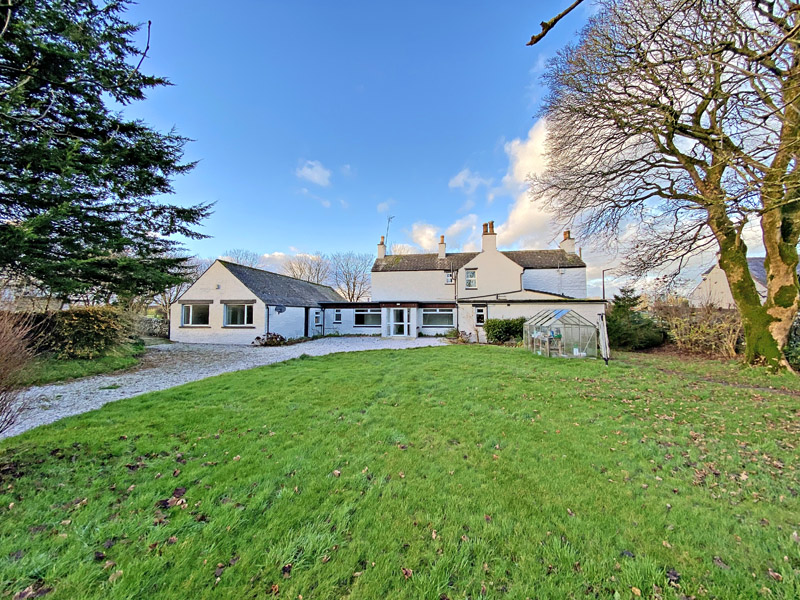 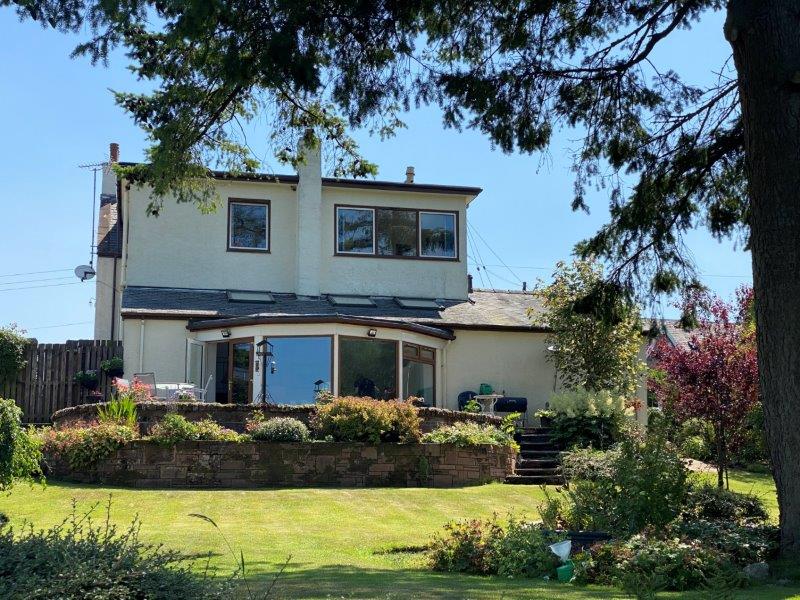 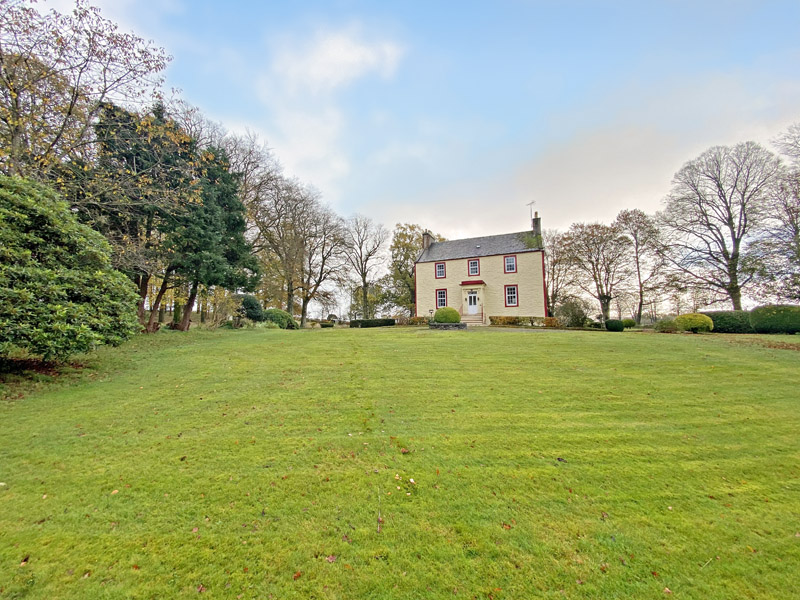 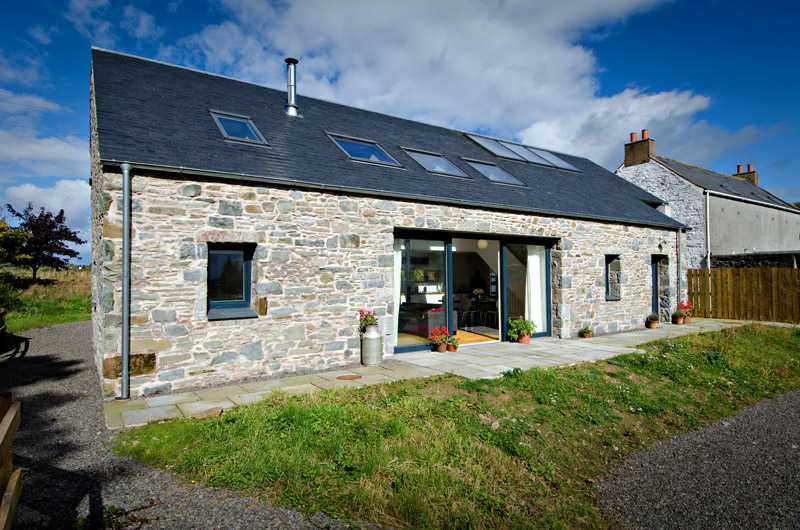